How To Navigate TCM Classic Film Festival: What I Learned in 2014 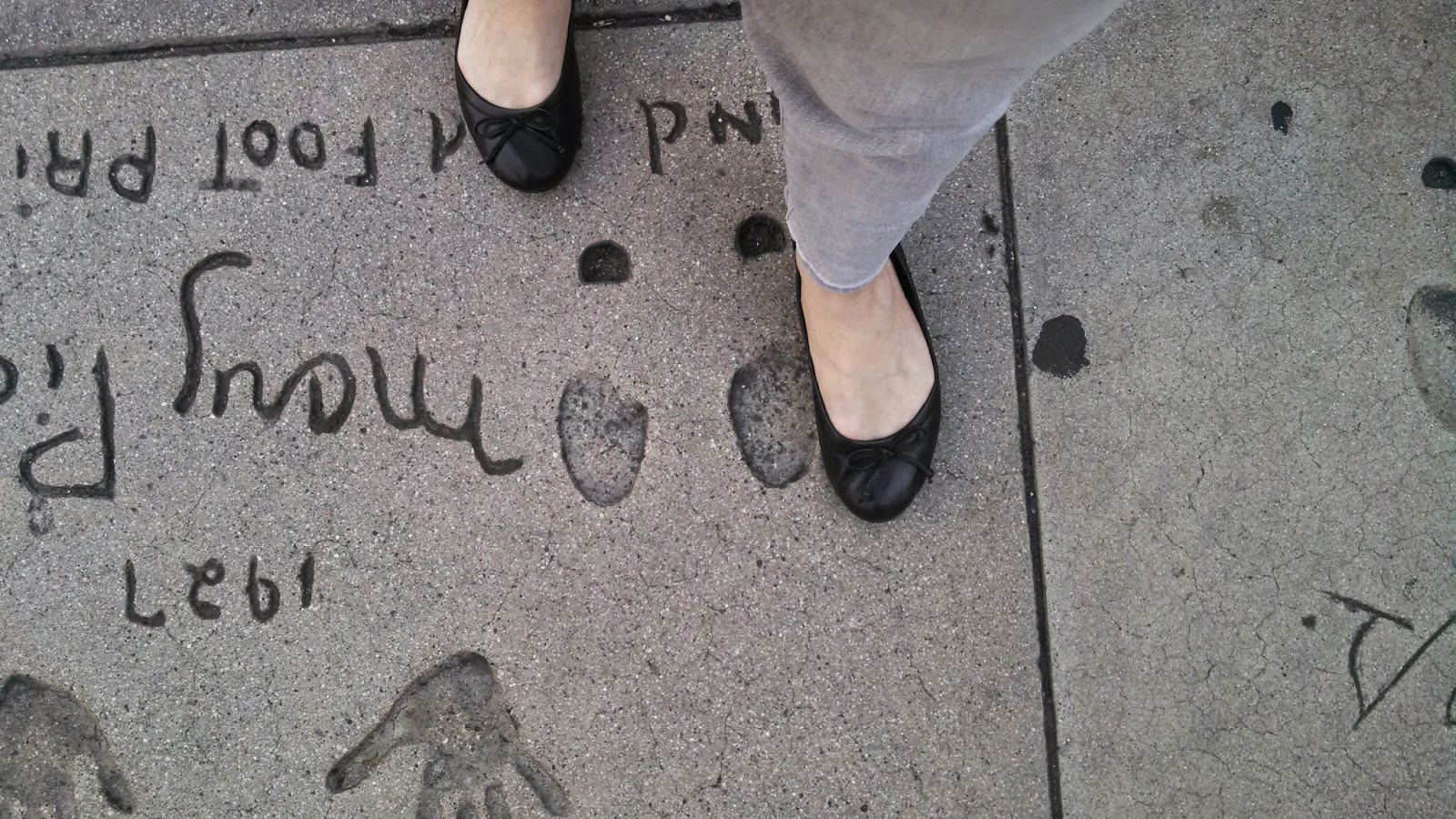 My first year at TCM Film Festival went pretty smoothly. This was mostly because I got a ton of great advice from people on Twitter and from blogger friends who had been to the festival before. Still, I had plenty of surprises, and I made a few missteps that I am keeping in mind for future festivals. I thought I'd share some of the things I learned in my final TCMFF post.

The minute the TCMFF schedule came out, I had that thing printed out and a highlighter in my hand. At the time, I thought I was a bit crazy for poring over it so obsessively, but that ended up being a good thing. By the time I got to the festival, I'd gone over so many different possibilities that I knew exactly what I had to see as opposed to what I would only like to do.

I focused on the things that seemed once-in-a-lifetime to me, mostly seeing stars like Margaret O'Brien, Maureen O'Hara and Kim Novak. It was easier letting a few other opportunities go knowing that I'd done the things at the top of my list. The beautiful thing is that I never felt like I entirely missed out on everything else, because I got a flavor of those other events by talking to people who had gone to them or catching updates on Twitter. I heard it said many times during the festival: you can't go wrong, no matter what you choose, it's going to be amazing.

I'm not the best traveler when it comes to food. I've got lots of food allergies and sensitivities, so eating can be tricky on the road. That coupled with the stories I heard of people living on coffee and popcorn for four days made me determined to find a way to eat right during TCMFF.

There's a great grocery called Fresh and Easy on Hollywood Boulevard. When I got into town, I stocked up on fresh fruits, vegetables, yogurt and other snacks I knew would treat me right. The first couple of days at the festival, I happily chomped on cucumber slices and grapes while waiting in line for the next flick. I felt great! By the middle of the third day, I never wanted to see another cucumber again, but I was okay with eating junkier stuff that last part of the festival, because I was in the home stretch.

It also really pays to have one good sit-down meal a day. I know some festival-goers are hardcore and just power through the day on snacks, but it makes a big difference to pause for a bit and have something decent to eat. It's a way to slow down that adrenaline rush of jumping between screenings and build up some much-needed energy for late night screenings.

The key to sit down meals at TCMFF is just to grab them when you can. So if you have time at 10:30, go eat. There's no breakfast, lunch and dinner at this festival, just food.

I was certain I'd planned the most brilliant wardrobe for TCMFF. Skirts for the days that were supposed to be hot, jeans for when it cooled down. I had two pairs of shoes that I'd worn a lot in my everyday life, and which I thought would be perfectly comfortable. Well, I got it only half right.

My problem was that I packed what would be comfortable to wear for a normal day, not for the festival. So the jeans ended up being a bit uncomfortable for sitting down half the day, and a pair of shoes that was fine for running errands around town didn't work out for standing in line the other half of the day and dashing down Hollywood Boulevard to the next screening. Next year, I'm wearing more skirts and dresses, and I'm going to make sure my shoes are as comfortable for standing as they are for sitting.

I did get one thing right: wear layers. Some theaters can get chilly (the El Capitan should be called El Frigidaire) and even having an extra wrap to go around your cardigan can be nice.

On of my favorite things about TCMFF was that I felt like I could talk to anyone and make a connection. I traveled by myself to the festival, with just a couple of plans to meet blogger pals I'd known online for a few years. It was a leap of faith for me.

Though I'm fairly active on Twitter, I wouldn't call myself the most social user, and yet, everyone I met who had even heard of my blog or handle was immediately welcoming. I felt like I was attending a reunion, which is bizarre since I hadn't met any of these people in person before the festival, but it felt right. Our shared interests were all we needed to quickly form a bond.

I was also surprised to find how much I loved standing in line for screenings. It's almost one of the best parts of the festival! Not only did it give me the chance to get to know people I'd met online better, but I had great conversations with people I'd never met in my life. I talked to a lady from my hometown, chatted up several wired fans in the line before a midnight movie and geeked out over big and little Edie with an equally obsessive admirer in line for Grey Gardens. I was amazed when a man I'd never met before told me he read my blog (it sounds strange, but I never connected my blog stats to real people!) You'll hear this from every other blogger who writes about this event: this is where movie geeks find their people. It's true!

The downside to an amazing event like TCMFF is that it can be very hard to transition from living and breathing movies to your regular life, where people make a "huh?" face when you mention Joan Blondell.

This was the longest I'd ever left my daughters, so I was excited to go home, but it took me at least a week to get back to normal. Mentally and emotionally, there's a lot to unpack after TCMFF; you've got to give yourself time to adjust. It helps to have an event or even a special movie (sort of like the hair of the dog, but cinematically?) or something else you particularly like to look forward to upon your return. I plunged into Jeanine Basinger's free online course about marriage and the movies and found it to be a great way to transition to home.

Overall, TCM Film Festival 2014 was one of the best weekends of my life. By the middle of the first day, I already knew that I was going to come back in 2015. I'm grateful to TCM for putting on such an amazing event and for the network's loyalty to bloggers, who I think provide the most heartfelt coverage of what Patton Oswalt called, "Coachella for shut-ins." I can't wait for next year!