I didn't set eyes on a movie until the sun went down, and yet I lived and breathed movies the entire first day of the TCM film festival. It was beautiful to spend the day in a happy cinematic bubble, soaking up the enthusiasm of the festival-goers around me. I can see why people do TCMFF every year; I'm all ready to sign up for next year myself!

Here's what happened before the movies rolled on day one: 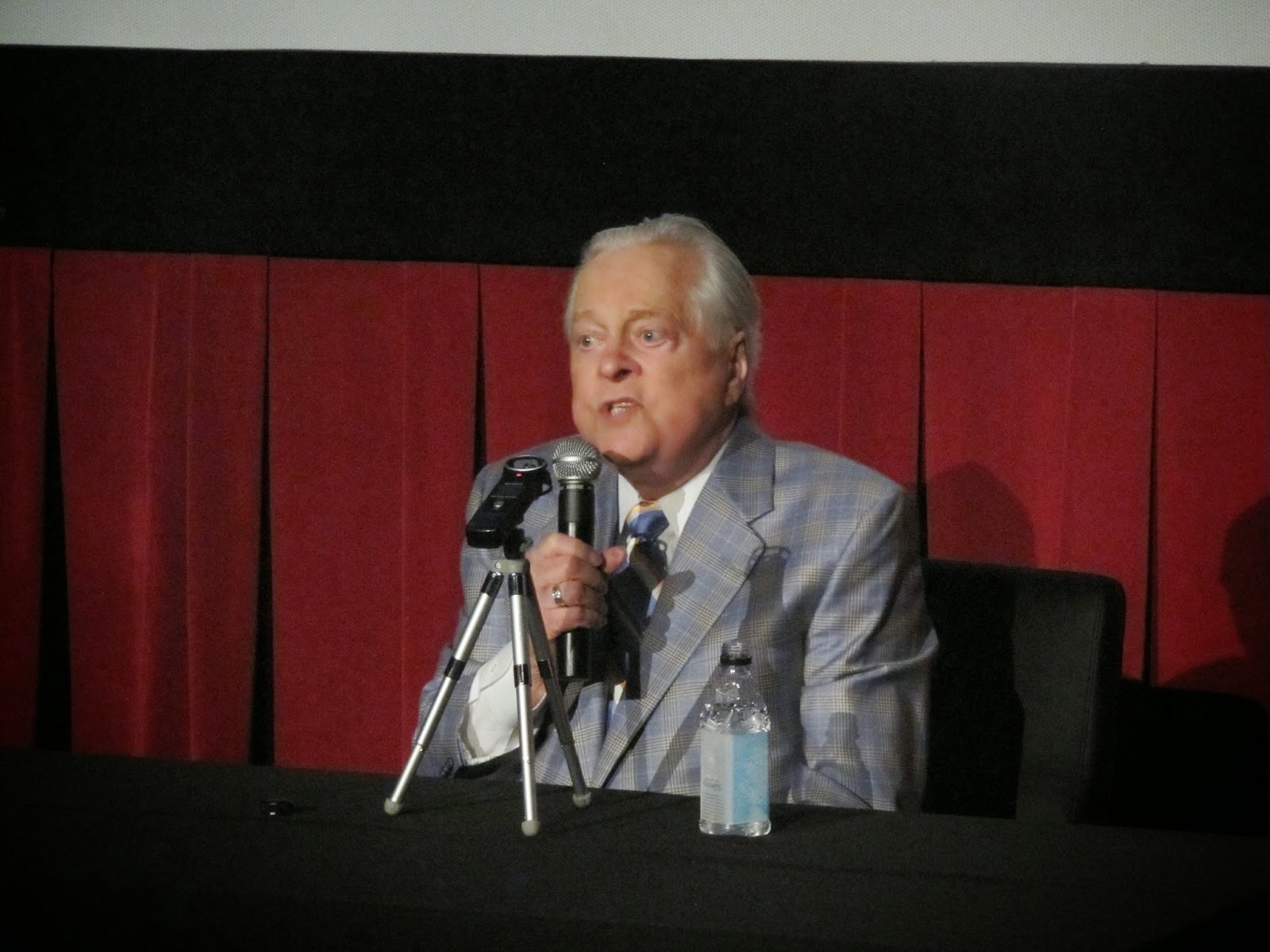 I got my first ever glimpse of Robert Osborne yesterday morning at the press conference, and it was surprisingly not a big deal! It was like seeing my cool uncle up there. He's so handsome in person. Swoon! I thought he kind of looked like Robert Wagner up close, which is funny since they're pals and name twins. Here's what he said: 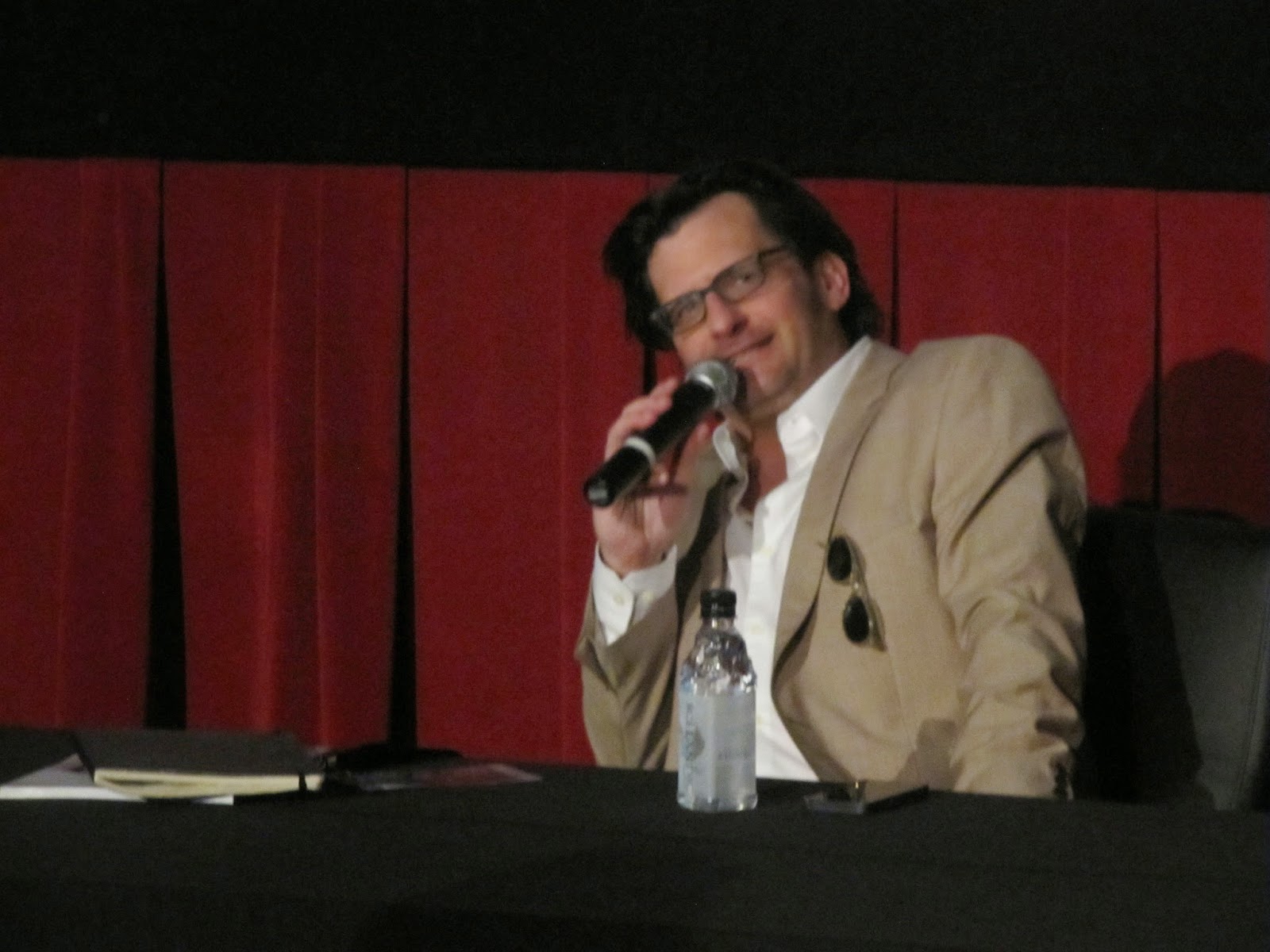 Ben Mankiewicz took the stage next: 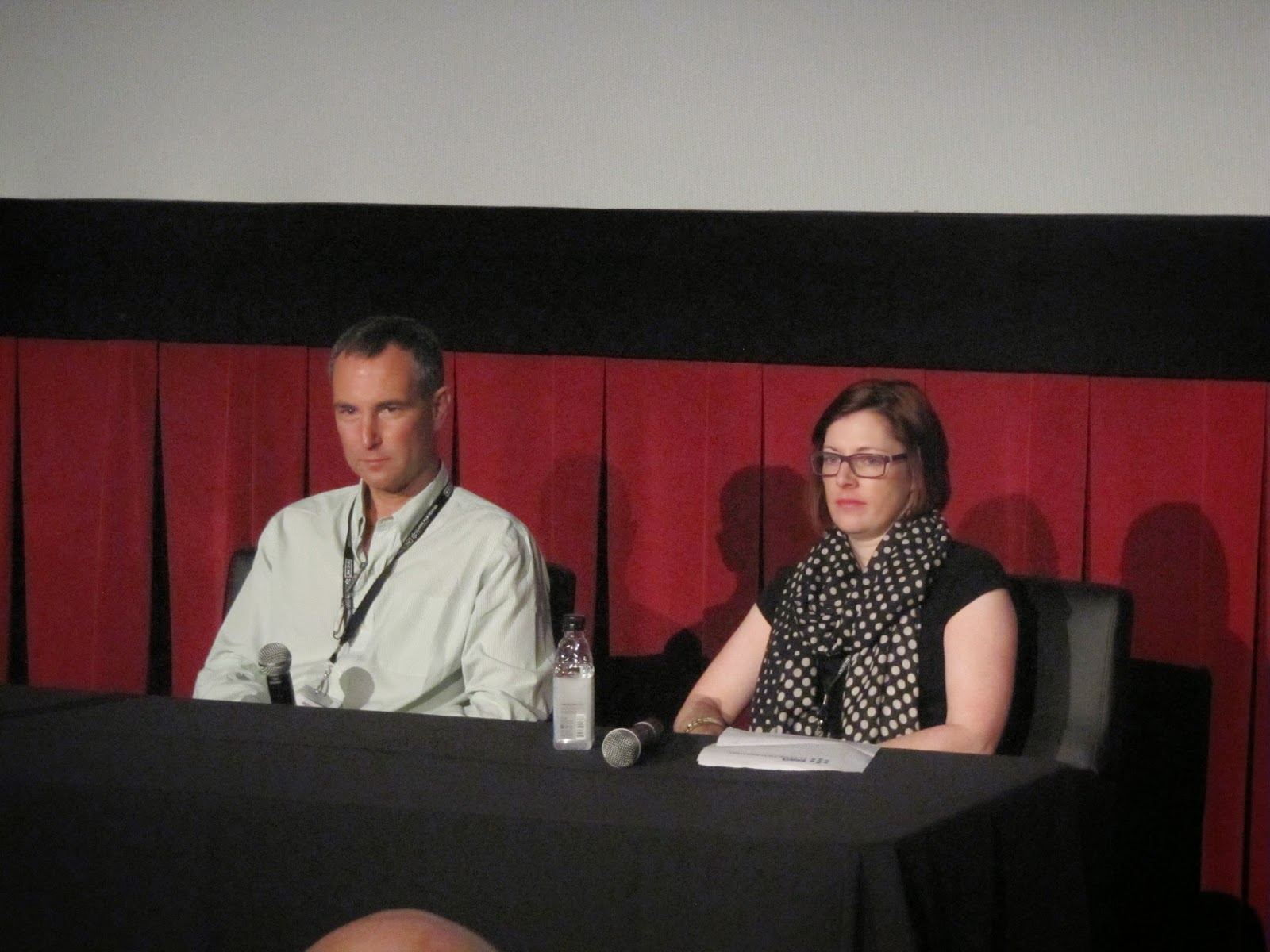 Charles Tabesh, Senior VP of TCM Programming and Genivive McGuillicuddy, Managing Director, TCM Classic Film Festival wrapped up the event:
I then headed over to Meet TCM: Special Edition at the gorgeous Grauman's Egyptian Theater. A panel of TCM staffers that stretched across the stage spoke about the network and TCMFF: 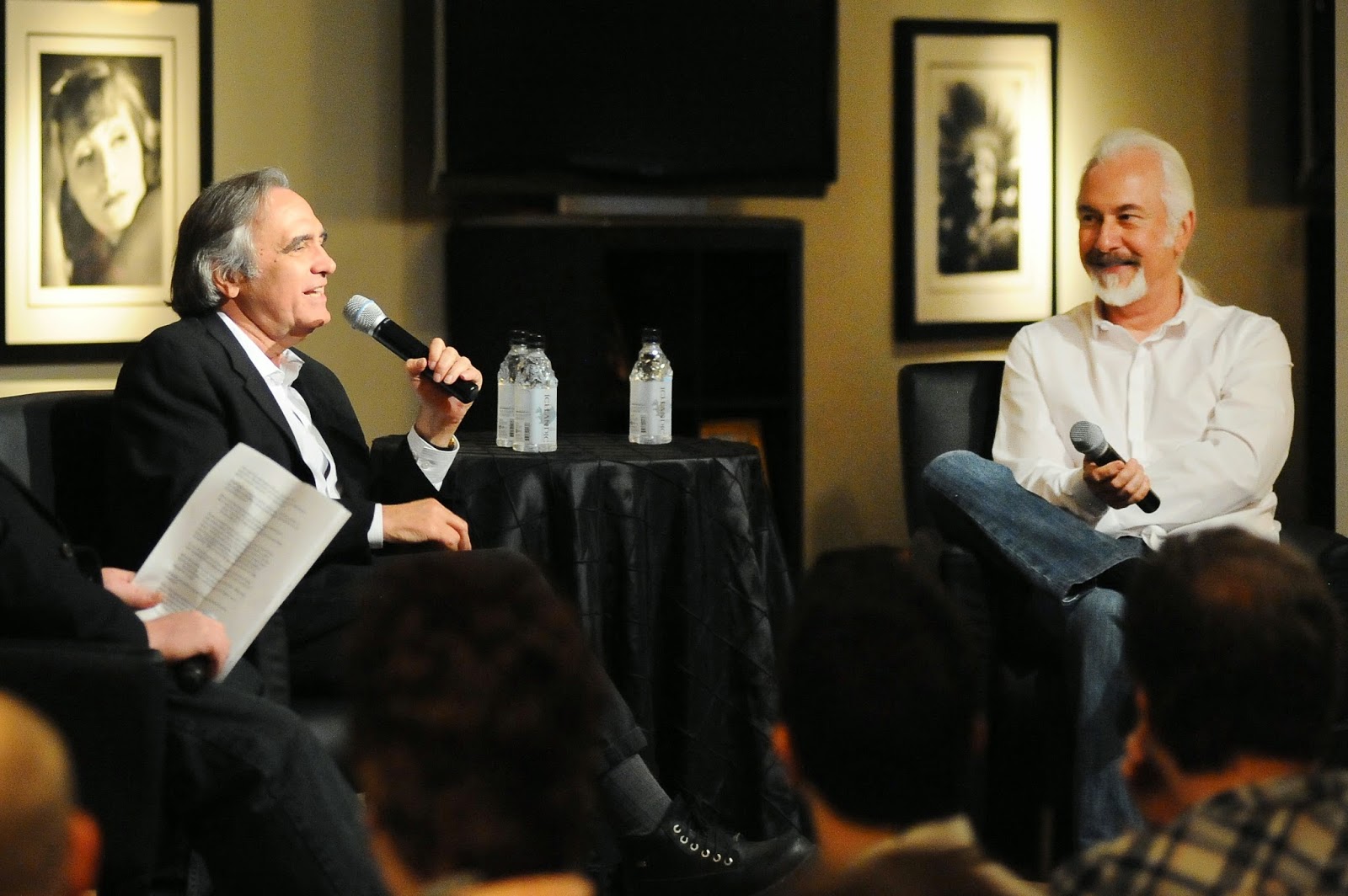 After the panel, I walked over to the Hollywood Museum to check out Gods and Monsters, a talk with monster make-up genius Rick Baker and director Joe Dante.

I admit I only attended with mild curiosity, more excited about checking out the museum afterwards than hearing the discussion, but it ended up being fascinating. Both men have been in love with monsters and movies their entire lives.

Baker didn't even know if what he wanted to do was a job, but he didn't leave himself any other options. He had to succeed. I found that so inspiring. I also loved Baker's long, silver-white hair. It was the same color as his white dress shirt!

It was a funny, interesting talk, and it taught me that at TCMFF, sometimes it's best just to show up to a panel, or even a movie, and just see what happens. Discovery is just as important as seeing your favorite things.

It was also great fun to check out the museum afterwards. It wasn't very big, but it was packed with loads of costumes and props. My favorite part was seeing Mae West's costumes. My goodness she was a curvy woman!

More to come! Movies! Special guests! This is the most amazing event. I can't wait to share the rest of my experiences.
Posted by KC