Book Review: Carole Lombard Lives on in A Touch of Stardust 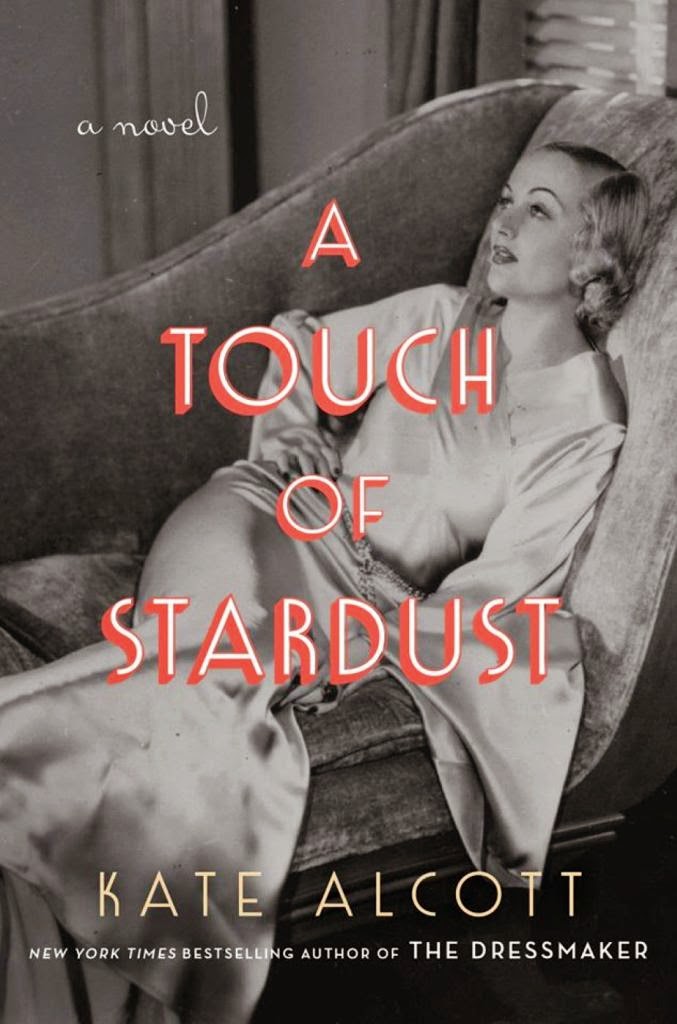 I approached A Touch of Stardust with caution, because I am always wary of novels that fictionalize the lives of my movie idols. As Carole Lombard and Clark Gable are among my first silver screen loves, I felt especially on guard when I learned that they would be supporting players in this story about an aspiring screenwriter set against the backdrop of the production of Gone With the Wind (1939). Their portrayal is plausible for the most part though, and fits nicely into this story of love and ambition in the years leading up to World War II.

In the starring role is Julie Crawford of Fort Wayne, Indiana, who is working in the office of David Selznick as he ramps up production on the legendary GWTW. She and the producer's assistant Andy meet cute at the filming of the burning of Atlanta and begin a tentative affair. Not long after, Julie crosses paths with Lombard, and she is promoted to be her assistant when the star takes a liking to her.

Julie eventually connects with legendary screenwriter Frances Marion and begins to make a name for herself as a screenwriter while she endures a communications breakdown in her relationship with Andy. Lombard becomes her friend and confidante while Selznick's massive production surges on in the background.

For the most part, Alcott does well weaving movie history into her fictional world. Occasionally the details can be awkward (I can't imagine Lombard informing anyone that she is known as "The Profane Angel"), but for the most part I found the mix of fiction and fact entertaining and smoothly combined. I enjoyed the scenes on the movie set, which really gave me a feel for what it would have been like to be part of such a massive production.

The characterizations of Gable and Lombard are sympathetic and believable, and I appreciated that Alcott did not make Ms. Carole too cartoonish as has often happened in fictional portraits of the wild and crazy star. I also loved her saucy, intelligent rendering of Vivien Leigh.

While I found Julie's story engaging, at times her character didn't feel plausible. She never struck me as a 1930s woman. Even for a feminist ahead of her times, she felt overly modern in some respects. The rest of the characters, including those based on real people, fit into the era more comfortably.

Overall this is an interesting read though, with a great respect for the history it uses as a backdrop and just enough novel twists to save it from cliché.

Many thanks to Doubleday for providing a copy of the book for review.