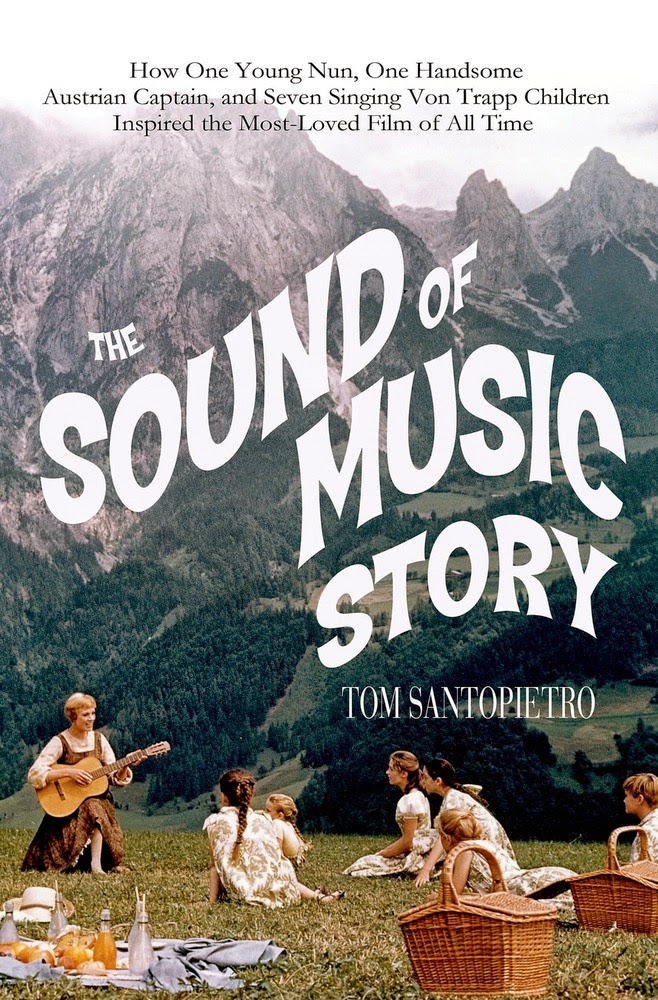 The Sound of Music Story begins just as the famous movie does, with Julie Andrews purposefully striding up a green hillside and effortlessly twirling as she begins to sing. The only difference: this time she is flung to the ground by the force of the helicopter filming her from above. After ten takes, many of them ending with her face in the grass, the rising star screamed that she'd had enough.

I'll never look at that opening scene the same again, but I don't mind, because The Sound of Music is as interesting behind the scenes as it is onscreen. In his thorough history of the musical, Tom Santopietro tells the story of the real von Trapp family, the first appearance of their fictional counterparts onscreen in a pair of popular German comedy-dramas, the stage musical and blockbuster film to follow.

The notes on casting are worth the read alone. Imagine what the movie would have been like if Walter Matthau had been cast as Captain von Trapp? Or if Mia Farrow and Sharon Tate had been seriously considered to dance through a gazebo as Liesl? What if Stanley Donen and Gene Kelly had accepted the offer to direct? Or if William Wyler hadn't eventually admitted his dislike for the show and took this on as his first musical instead of Funny Girl (1968)?

Maria Von Trapp was not much like her stage and screen counterparts. The product of a rough childhood, she was tough, controlling and difficult to impress. She exerted great control over her singing family, which naturally caused some resentment, though many of the children would participate in some way in the family legacy when their stage career was over. They even capitalized on their fame by opening the Von Trapp Family Lodge in Vermont, which still attracts sentimental musical lovers to this day.

So the petite, cheerful Mary Martin was not much like the real Maria Von Trapp, but the women became friends and she won the sturdy Austrian's approval for her portrayal in the stage musical version of her family story. The show was an enormous hit, the last Rogers and Hammerstein score, and many thought their best. It took a few years, but it was inevitable that the show would eventually make it to the screen. 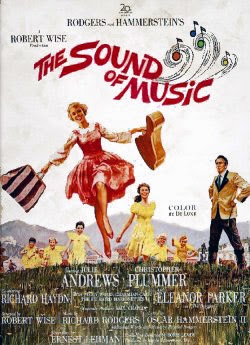 The process of casting and pre-production reads like a journal of missed catastrophes. There are so many ways this movie could have gone off the rails with bad casting, the wrong director or ill-advised staging, but these disasters are all avoided, sometimes barely. Robert Wise was the perfect choice for director, he had a knack for finding talent he could trust, so he could step back and let them work their magic. Finding this dream team is perhaps his biggest accomplishment, because once they were assembled, this was a remarkably happy production, one that cast and crew were sorry to leave behind when filming ended.

Santopietro's text is full of detail, but flows nicely with an almost airy feel. He gets the meat of the story, but makes plenty of asides for amusing anecdotes, like the time Christopher Plummer and Julie Andrews were trying to film their romantic gazebo scene, but kept breaking into laughter because the lights overhead were making fart noises. You also get a good feel for the social dynamics of the set, with a cranky Plummer, the cheerful, team-building Andrews and charming elements like the enormous crush Nicholas Hammond (Friedrich) had on his screen stepmother (you can see how much he adores her as they perform alongside each other for the Lonely Goatherd number).

The initial audience reaction to the film was of intense, overwhelming love. One preview audience was so impressed that it rose for an unheard of standing ovation at intermission. Even the real Maria Von Trapp was entranced, becoming so wrapped up in the movie that she walked down the aisle of the theater as if she were a part of the onscreen re-enactment of her own wedding.

Critics were not as kind. The filmmakers thought they had it made with that rapturous audience response, but film criticism in the 1960s was already brutal, and a sweet story like The Sound of Music raised ire to the point of almost seeming to offend acerbic critics like Pauline Kael. It didn't make a bit of difference for the film's box office though, and it also cleaned up during awards season, winning the Academy Award for best picture, director, music, film editor and sound.

The final portion of the book is dedicated to life after the film's reception, from the impact it had on its cast and crew to its cultural influence. While there is much of interest here, the text starts to lose momentum, getting slightly bogged down by all the details and analysis. That said, it's fun to know what happened to the kids in the cast. It can't be easy to weave together details like that Liesl would eventually become an interior decorator and help her friend Michael Jackson with his Neverland Ranch or that The Sound of Music is hugely popular in China because for several years it was one of the only five movies that Chairman Mao allowed to be screened.

While the image of Julie Andrews being slammed to the ground by a helicopter or giggling with Christopher Plummer over flatulent lights strips away a little illusion, it was encouraging to learn that the set of third highest grossing film of all time (adjusted for inflation) was a happy one and a world as rich and fascinating as the musical on the screen.
Posted by KC