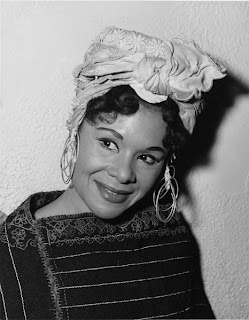 Katherine Dunham was one of the most successful dancers of the last century. In its time, her dance troupe, which she maintained for more than thirty years, was the only long-standing African American group of its kind. In addition to her own dancing and choreography, she was a songwriter, author and devoted activist. Though Dunham did not spend much time in Hollywood, she did commit a few memorable performances to film. Here is her most famouse appearance, with her celebrated troupe, in the title sequence from Stormy Weather (1943):