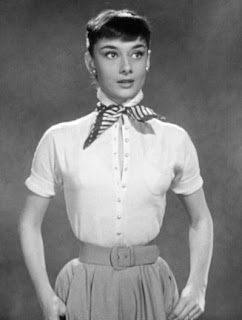 I had plenty of qualms about Audrey when we met for the first rehearsal, but from then on, working with her was one big kick... Audrey and I decided we'd throw a party for the cast and the crew when the picture was finished. We went all out, had it catered by Romanoff's - nothing but the best. In the middle of the party, Audrey sidled up to me, jabbed me with her elbow, and said, out of the corner of her mouth, "Hey, Shirl-Girl, whattaya think the bruise is gonna be for this bash?"